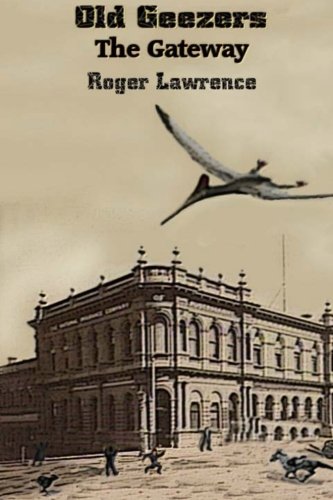 about this book: Three old men live in cosseted comfort within the confines of retirement home in New Los Angeles. They can't be burgled and they can't even get into any real trouble. Their only problem is total boredom. After one of their number returns from the prohibited wilderness that used to be Los Angeles he shows the others what he's found.

Two days later their world is literally turned upside down as the still functioning time machine they have discovered, transports them first to the past, and then to an alternative future they have created by completely destroying the Earth.

If that were not bad enough, their attempts to reverse the damage they have caused are hindered by the strange scientist who created the machine in the first place. He has his own evil plans for planet earth, and the continuing existence of the three men are not part of them.

This book was to be a contrast to my other SF novels. Instead of travelling through space, this time I wanted my heroes to blunder through time causing as much havoc as I could invent.

It took me about five years to write this book. It is the first in a series of four and as usual I painted the cover. My only real research was a to locate the exact number of fault lines in California as it was important to the plot.