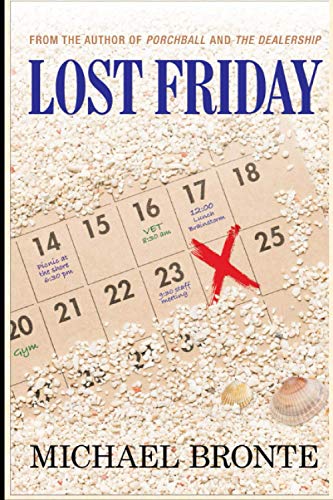 about this book: This is a story about ambition. A reporter stumbles across a story, and he'll to anything to get it written, including risking his own life. It's not just any story, however. This story is unbelievable, far beyond the experiences of any human on the planet. Reporter Johnny Pappas wakes up on Saturday, Sept. 25th, but discovers that somehow he's missed an entire day. What happened to Friday the 24th? The question is being asked by everyone who lives in the town of Sea Beach, New Jersey. The entire town has no memory of what happened to Friday.

Johnny can't let go of the story, despite the danger in which he eventually finds himself. Time travel, human clones called Synthetics, editions of newspapers that haven't even been written yet, it's all part of Johnny's investigation. Johnny has three objectives: cover the story as a reporter, win the romantic attention of fellow reporter Kelli Remington, and rescue David Robelle from the terrorists. Oh yeah, he'd also like to win a Pulitzer.

The most difficult part of writing this book was making something as unknown and bizarre as time travel seem like it could really happen.