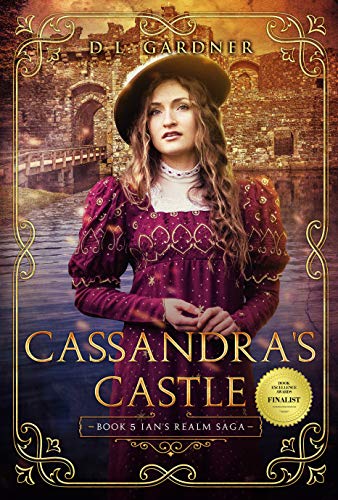 about this book: Set in 1908 Portugal, Cassandra's Castle is a time travel story about a typical modern teenage girl who stumbles into a country ravaged by injustice, deception and war.

This novel is book 5 of the Ian's Realm Saga, continuing in the adventure by following Ian's daughter Cassie as she finds a portal through her cell phone. Instead of happing upon a dragon, as Ian did, Cassie falls prey to a sinister plot to overthrow a kingdom.

Equivalent to a dark Princess Bride, or a fair season Pan's Labyrinth, Cassandra's Castle is a fantasy story with wit, drama, heroism and a touch of youthful romance.

Both young people, and adults have enjoyed the telling of this tale.

A talented cast and crew of filmmakers have worked on bringing a teaser trailer together and are hoping to produce the story as a TV series if not a feature film. The trailer has been selected for entry into eight film festivals so far, and has received award and recognition in several including screening at the Grauman's Chinese Theater in Hollywood.