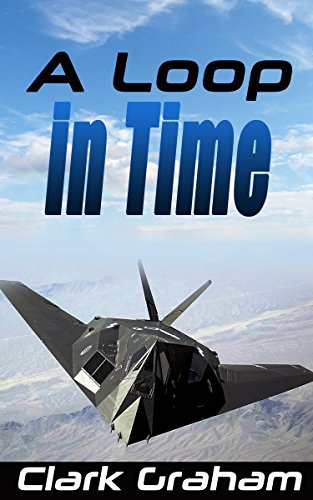 Book: A Loop in Time by Clark Graham

about this book: Waking up in a military hospital in 1966 was a pilot with amnesia but without identification. As struggles to figure out who he is so do those around him. The craft he was flying, although mostly destroyed, is so advanced that he is accused of being either a Russian spy or an alien. The local military base tries to keep the crash secret and under wraps, fearing a media circus if the rumors of an alien landing get out.

Meanwhile the man with amnesia tries to settle into life in the sixties but everything feels wrong. If its 1966 why does his Air Force Academy ring on his finger have 2012 on it?

He is living in the past and waiting to live long enough to reach back to the future, all the while he tries to regain his memory. He falls madly in love but finds out that it might be a bad thing that he does. Is he going to ruin his own future by messing up his past as he goes through a loop in time?