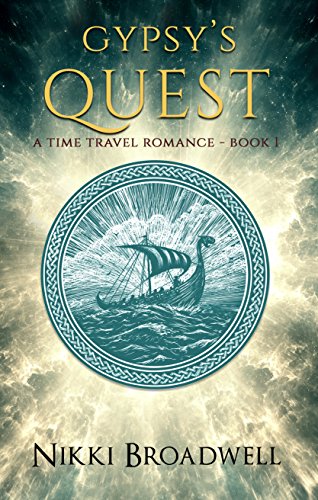 about this book: Gypsy's Quest is a time-travel/paranormal/romance that takes up after the end of The Wolf Moon, (book 3 of WolfmoonTrilogy). That said, it is not a sequel, since it is the first book of an entirely new series. The title has a double meaning in that Gertrude (main character) is a Gypsy, AND there is a magical sailboat called Gypsy that is a main character as well.

Gertrude washes up on the shore of an alien world that seems to be stuck in the past. And her memories of recent events are missing from her mind.

I did a lot of research into Norse mythology to write this story, most especially the nine worlds that reside in the tree of life, Yggrasil, as well as Loki, the trickster god, and Freyja, the goddess of fertility and beauty. A satyr named Foy is featured as well, playing a supporting role. The book has been called a page-turner and I would love to find out what YOU as a reader think of it!