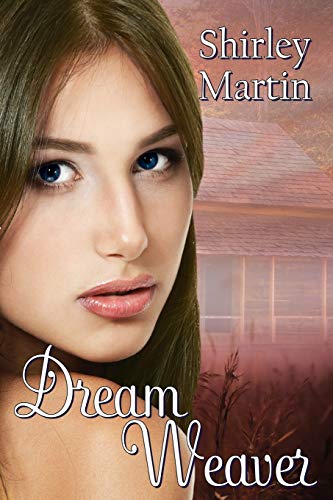 about this book: Imagine that you're a contemporary woman who gets sent back in time, to the eighteenth century.

How would you manage, how would you get used to living without all the conveniences you're used to?

Gwen is a modern day schoolteacher, but she's been having troubling dreams. Her dreams center around a lonely cabin in the woods, and a tall, handsome man. She sees war and distruction in these dreams. On a hunch, she visits a restored village--and gets flung back in time, to the year 1762.

Now imagine Christian's suprise when a strange woman appears at his doorstep, a woman dressed in such an odd style. She claims to be from the twenty-first century. She must be crazy, or else she's a spy for the French. No matter what, she's trouble.

Christian is a doctor, and he's got enough to handle, without helping a woman who claims to be from the future.

Just the same, he's attracted to her and takes her to stay with friends of his.

Soon, Gwen and Christian realize how much they love each other. But Christian still can't accept that Gwen is from the future.

Gwen tries to warn Christian of trouble to come, of Indian attacks, but he doesn't believe her.

More vivid dreams disturb Gwen's sleep, and she realizes she's lived this life before. She sees Christian dying on the battlefield. She must save his life. She failed him once before. She can't fail him again.