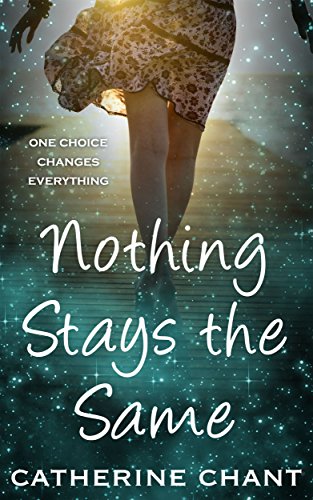 about this book: Time Travel is the Ultimate Do-over

Sixteen-year-old soccer star Brennan Basford wishes he had a normal family. Instead, his mother is a former British child star and his father was the lead singer of The Beat Detectors, a made-for-TV band who soared to fame in the early '70s, thanks to their popular Saturday morning kids' detective sitcom Goody Gumshoes.

Unfortunately, the fame never lasted and now Brennan lives in a house full of anger and lost dreams, especially from his father, who has never spoken about his past with any affection at all. So lost in his misery, he dies at age 58 from a suspected suicide.

On the even of his father's funeral, Brennan finds a recording his father made at age 15, filled with laughter and the most mind-blowing music Brennan has ever heard. Music that was never made public nor spoken of in his family.

His longing to figure out what turned his father into such a bitter, unhappy man when he seemed to have the world at his feet as a teenager, and a burning desire to change his father's fate, sends Brennan back to 1973 and onto the set of his father's TV show, complete with its disintegrating band. But can he figure out what triggered his father's downward spiral before it's too late to stop history repeating itself?

Back in the present, sixteen-year-old Leah Reinard has been crushing on Brennan Basford for more years than she'd care to count. Like ships in the night, they've missed so many opportunities to get together that now it feels like their last chance. They're about to be high school seniors and soon off to college, probably never to see each other again. When she finds herself at the same summer job as Brennan, she's ecstatic. But three days later, Brennan has vanished no one but Leah even remembers he existed.

Leah turns to the only person who might understand something as weird as this, her older sister, Callie, who time traveled to 1957 the year before to save a teen idol from a tragic plane crash.

Together the sisters go after Brennan, but can they stop him from changing so much of the past that he's wiped out of the future entirely?