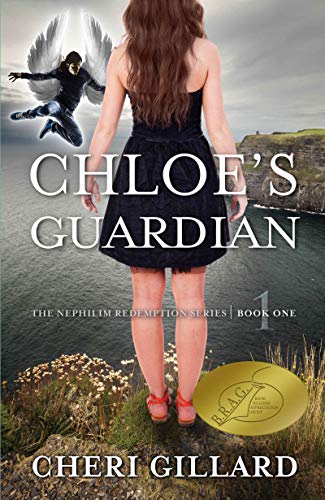 about this book: Do you love old Scottish castle ruins? Do you get lost in novels that are set in those historic fortresses? There is a wonderful ruin just south of Aberdeen, Scotland. Dunnottar Castle is near Stonehaven. It is an amazing ruin, which was even used in the film "Hamlet," starring Mel Gibson. It is open to the public and you can hike up onto the summit and look out over the North Sea. It has a rich history and it was great fun to include it in my book, "Chloe's Guadian." One setting in the story is in Stonehaven, and I arranged my scenes based on old maps of roads, forests, and the town's Market Square. Also, in Edinburgh, I used historical locations such as Edinburgh Castle and Netherbow Port, one of the gates in the city wall, to make what Horatius and Chloe do in the Middle Ages more authentic. Westminster Abbey in London and Saint John's in the District of Columbia make appearances as well.

"Chloe's Guardian" is the story of a teenage girl who just wants to be loved. Her parents are splitting and her boyfriend cheats on her, so her world is falling apart. She can't cope, so while on a high school orchestra tour in Scotland, she decides to jump from a castle ruin. But she is saved when Horatius—a half angel, half human—happens to fly by (being chased by his demon father) and decides he might prove his goodness by plucking from the sky the human girl. He is trying to earn points with the angels to gain redemption, something he recently decided he wants (ergo his demon father is battling and chasing him). But Horatius parties too much and just brings more trouble into Chloe's life, including losing her in 16th century Scotland after he hides her there from his vindictive father. Horatius loses his powers from a curse and can't find Chloe, and so she is left to fend for herself and find her own way back to her timeline, negotiating with demons and fighting hellish battles along the way.