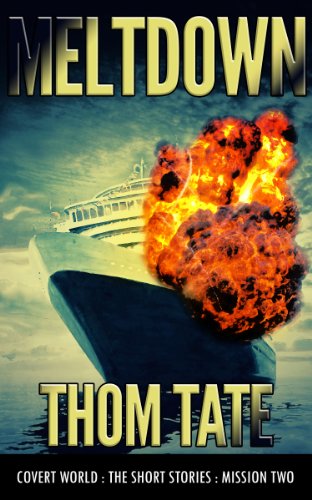 about this book: Meltdown is book two in my "Covert World" short story series. I was inspired to write short stories in order to gain interest in my character, Blake MacKay, so that when I eventually get my full length novel, Spear Garden, published, there will already be a following and will help to make the novel more successful.

Meltdown is a short story spy thriller about a Ukrainian Nuclear Physicist, Dimitri Evanko, who, while on vacation with his family in Bali, is kidnapped by the Islamic Terrorist group, Jemaah Islamiyah. Dimitri is forced to aid the group in the building of dirty bombs that will be used on their continued attack on Western interests in Indonesia. CIA Black Ops agent Blake MacKay is called in to assess Evanko's intentions and to take down the Jemaah Islamiyah at all costs. Blake discovers that Dimitri is being forced to help the terrorist group with the threat of death to his wife and two small children. When an attempt to rescue Evanko's family ends in disaster, Indra Gunardi, the man in charge of the Jemaah Islamiyah, is forced to fast forward his plan of wide spread of terror and destruction. In the shadows of an impending disaster, Blake finds himself and Dimitri in a race against time with the lives of thousands on the line.

Meltdown was written in just a few weeks, but took an additional 5 – 6 weeks of rewrites and editing before it was ready for publishing. My main research assistant for this short story was Wikipedia and Google Earth.

Readers who enjoy spy thrillers from Vince Flynn, Brad Thor, Tom Clancy, etc… would enjoy this book. It's a short and fast read, but enjoyable. It's the perfect read for a short flight or about a 2 hour time-killer.

To my readers I would say first and foremost, thank you for your interest. I hope you enjoy this book. I have a total of three short stories in the Covert-World series; Czechmate, Meltdown, The 4th Strike (yet to be published) and I am currently writing my forth, Intercept. I am also toying around with my second full-length novel MK-Ultra and hope to have that written sometime in 2013. You can follow Agent Blake MacKay on Twitter @BMackay40 as he tweets images and actions while on his missions. Its fun to follow these because you can get a feel for where he is at and it puts you in the mind of Blake.