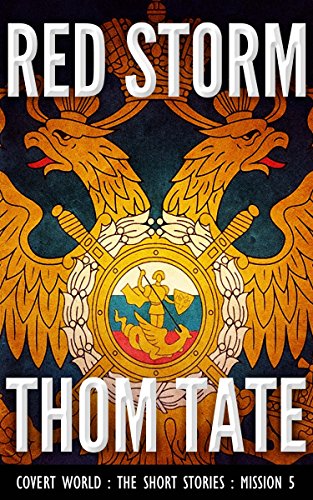 about this book: Be taken to the frigid vastness that is Siberia. Nikoli Petrovich has created the perfect plan to become the wealthiest man on the planet. But to do so, he must destroy it. With possession of the largest weather controlling array in the world, Petrovich sums up Tsunamis to destroy the world's nuclear power plants that sit by the shore.

Sofia Kuzma, a brilliant scientist, thought she was helping Petrovich to bring rain to drought stricken parts of the world, but when she discovered his true intent, her world turned upside down. She stole incriminating data and thought she sent it to a safe place. When her longtime friend ended up dead, she was forced to find help wherever she could. The U.S. Embassy in Moscow.

Black Ops agent, Blake MacKay is sent to Russia to find answers about a missing agent that held the key to Petrovich's technology and to gather the stolen intel from Sofia, but an attack on the safe house where she was staying forced Blake to change his plans.

Together, Blake and Sofia devise a plan to take out Petrovich and his tool of destruction. Unfortunately for them, Petrovich has other plans.

This is a great novella for people who love thrillers of all kinds, especially spy thrillers. It's a quick read that can be done in a few hours. I was inspired to write this from watching a conspiracy show on the U.S. HAARP program in Alaska. Many conspiracy theorists believe that the government uses it to control the weather. I work full time and write whenever I can. I wrote this book in about three months, but took another six months to get it critiqued, chapter by chapter, and then rewrite it again. This is book five in my Covert-World series of spy novellas and I write them as I would see them, if it were a movie. There is a lot of action in it. I did significant research on the places where Blake was, the weaponry that is used and even used Google street view so that I could "See" what I was writing about when describing various places in Moscow.

I hope that my readers enjoy reading it and might be interested in purchasing my other books in the Covert World Series. My first full-length novel, based on the same character is finished and I am just going through and rewriting a few scenes. I hope to have it published next year.