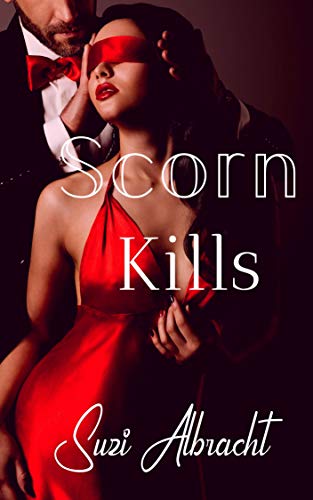 about this book: The King of True Crime – that's the title William Branch has earned having written 15 wildly popular books. He's sought after for television appearances and has even sold the movie rights for one book. He is a married man living his dream and doesn't hesitate to brag about it.

It's the best thing he has going for him. After all, Bill's not the best looking guy nor does he have muscles to flash, what he does have is money and lots of it — he's got his and his wife, Bianca's. He married into money and he's not ashamed to spend it. But his wife doesn't mind as long as he's faithful.

Then one beautiful woman, Karina Alexandrov, comes into his life in the most innocent of ways. She's his daughter's teacher. Bill meets her one fateful day when he and his wife attend a parent teacher conference. One look at the beautiful Karina Alexandrov and his lust becomes Bill's Achilles heel, leaving his faithfulness in the dust. All it takes is one sultry glance at the right moment and Bill blindly enters into an affair that rapidly gets out of hand. He's powerless to stop himself even though he knows his wife's bound to find out.

Karina may be beautiful but unluckily for Bill, Karina has secrets of her own. She's a femme fatale. She has her mind set on grabbing as much of Bill's money as she can get, than in anything else he has to offer. Her wiles get her into his wallet in short order.

As he tries to juggle his lover and his wife, Bill ignores the contract he signed in blood. And he doesn't realize there's a secret involving one of the two women in his life that's about to explode. When it does, it will twist their lives in ways none of them ever expected.

My side of the story:
I wrote this book because I have always been fascinated by the things people will say or do to get away with infidelity. And because it seems they always want to point the finger of blame at the most innocent of parties.

You will know why I chose the cover if you read the book. It is very connected.