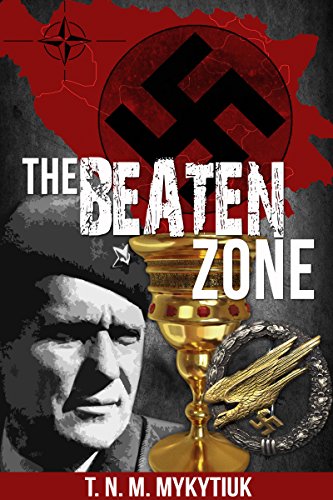 about this book: WWII- "Operation Rosselsprung," German paratroopers attack the Bosnian village of Drvar. Their goal-kill or capture the leader of the Yugoslavian Partisans, Josep Tito, headquartered in hillside cave on the village's edge. Young Leutnant Willie Moltke leads one of the German platoons in a desperate attack that sees half of his men lost, and the German force fighting for its very survival. In the course of the battle, Moltke encounters a dying partisan who reveals a secret hidden in Tito's cave far more valuable than the guerrilla general, a secret that will impact Willie's life years after the guns have fallen silent.

A half century later, the violent civil war that ripped through Yugoslavia has ended with the Dayton Peace accord. But Drvar remains a dangerous centre of political turmoil and organized crime as powerful men try to dominate the new "peace." Enter Cole Samson, part time marine salvage operator and full time adventurer, hired by Rena Moore, granddaughter of a retired British secret agent, to find a priceless piece of artwork looted by the Nazis. Samson's search draws him and his team into a deadly web of conspiracy and terrorism as Drvar teeters on the brink of chaos.