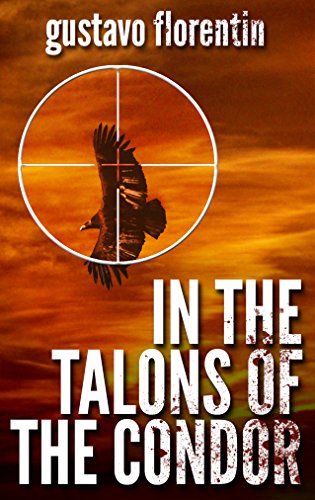 Book: In the Talons of the Condor by Gustavo Florentin

about this book: IN THE TALONS OF THE CONDOR was not intended to be a thriller. It was first conceived as a literary novel with revenge as its central theme. As it progressed, the momentum, twists and intensity propelled it into the thriller genre almost against my will. It retained some of its literary roots--the conflict between revenge and redemption, between obsession and release. It also has the exoticism of the Amazon setting and the attendant lawlessness which we find in The Heart of Darkness.

Roland Sabatini and John Muir are young missionaries who have been called to bring the Word of God to a remote Amazonian tribe. Soon after they meet, John notices strange and incongruous abilities in his companion. Roland is an expert tracker and survivalist; he knows the rain forest intimately and is a martial artist. Roland ultimately reveals that he is a commando on a mission of justice to right the wrongs of a brutal dictatorship. While tracking his prey, Roland meets Lourdes McCallum, the daughter of a rubber-tapper and descendant of one of the many Southern families that emigrated to the Amazon after the Civil War. When they fall in love, he is torn between humanity and justice and she is thrust into the vortex of the inexorable battle with his sworn enemy.