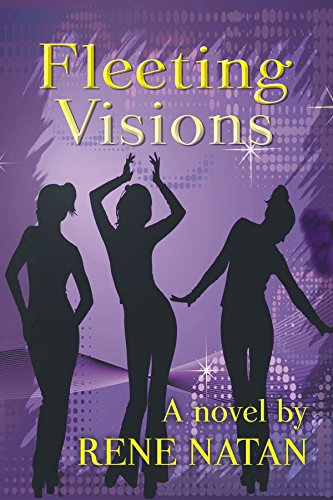 about this book: Louis Saura is a teenager caught between two cultures, the Mexican he absorbs in the family, and the North-American he gets acquainted with at school. Orphan at the age of two, he is raised by his uncle, who is old and in poor health. When the uncle dies, he becomes pray to Camilo Estorbar, a cruel man who deals with drugs and manages a small but profitable under-age prostitution ring. Louis tries to escape Camilo's vise; his dream is to reach the forests of the north where he could live a simple but quiet life.

When a guest of the prostitution circle is taken to the hospital in severe conditions, Detective Stevenson of the London Police Service is called to investigate. The no-name, no-papers girl dies soon after. Louis' path crosses with Stevenson's and the two play cat-and-mouse: Stevenson wants to extort info from Louis, Louis wants to avoid any involvement with the authorities.

Louis doesn't seem a sizable opponent for Estorbar; yet he manages to escape most of the traps Estorbar sets up for him and offers Stevenson a chance to confront the criminal.

Several people affect the lives of Louis, Estorbar and Stevenson. Vicente Perdiz, the second in command in the Estorbar's organization, has an agenda of his own, since he's looking for his teenage sister, kidnapped two year before; Charles MacMillan, a successful Torontonian business man, approaches Estorbar since he's searching for his missing daughter; Selina, one of the young prostitutes, stays in contact with Louis, thus endangering his life; Jocelyn Cardel, a pharmacist at the hospital, once a suspect in a drug exchange, gets involved in Stevenson's work and life.

What motivated the theme of my novel? Under-age prostitution is an actual issue, often not addressed exhaustively. Could I, as a writer, bring the readers' attention to this issue, and, at the same time, entertain them with an enjoyable story? I tried! It took me about sixteen months to jot down the first draft, do the necessary research about the paths followed by illegal immigrants, and another couple of months to revise it—some time later.

For the cover, I chose one of the images people would use to attract clients: several young girls dancing graciously, covered only by veils, thus creating the effect of Fleeting Visions (hence the title). The hardest part of the book was describing sexual encounters without falling into promoting prostitution of minors.

I hope readers get captivated by the story and that they enjoy it. This book is intended for an adult audience.

From Reviews on Amazon.

• From Bettie Corbin Tucker, author, book reviewer.
Rene Natan in the writing of Fleeting Visions has, once again, displayed her creative ability, lively imagination, and natural talent as her words develop an intriguing plot and generate characters through vivid description and realistic dialog. Once outside the bound pages of this thriller, I found myself analyzing the major characters, pondering their actions and how they had each played into this fascinating storyline; it is an extremely well-written book.

• From Earl Reylan Sarsuelo
One thing I really love most about these kinds of stories is that the continuity and the interconnection of scenes and events are puzzling enough to be interesting but not reaching to a point where readers dont get any idea over it - they dont get BLANK. Rene Natan wrote this book with ease and the concept is somewhat very clear in her mind; I was envisioning everything as I read.