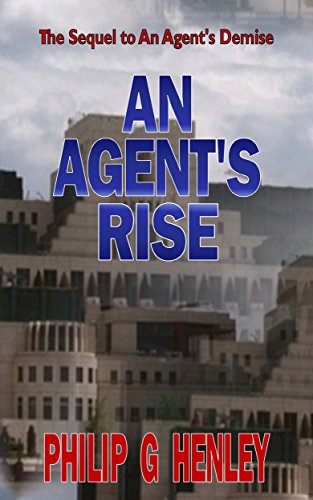 about this book: This is the sequel to An Agent's Demise. Although not originally planned to have a sequel many readers instantly asked for the next instalment in the story so here it is:

The Demise operation was shut down the killer allowed to disappear. But the conspirators have not all been caught and the efforts of MI6 and the CIA to cover up the dirty deeds of the security services only results in more deaths and destruction. Slater returns to tidy up, but how can he reconcile his new life with what he is asked to do.

What happens to Jess and Michael? Will the newly promoted Detective Chief Inspector Hooper really allow the suspected killer to go free?

Can the authorities continue to cover up the plot to alter the Iraqi Dossiers on both sides of the Atlantic?

Can the killer stop killing?

Some reviewers have stated that the security services on both sides of the Atlantic do not behave like this. The revelations from Snowden, various inquiries and even recently the CIA spying on a congressional committee demonstrate that when it comes to conspiracies the security services collude, torture and break every rule in the book whenever they like.