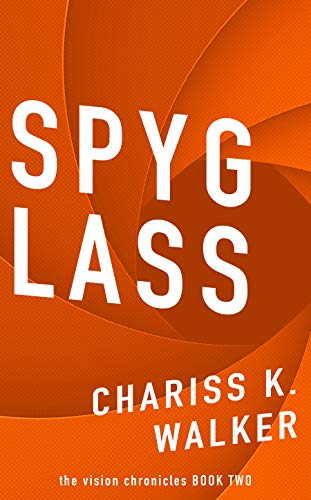 about this book: Spyglass is the second book in the series that details the hero's changing mystic ability. As his ability to see the future changes, so does the title of the books. In the first book, Mike saw visions of the future through the fragmented view of a kaleidoscope but with acceptance, his ability has mended. Now, he sees the future through a spyglass with a wide-angled lens. The images are clear and beautiful, giving him hope for a new life complete with a family to love. His new identity as James Lewis allows him the freedom to establish a new life, but he is cautious and the one stipulation is that he can never return to New York. It's not as if he is exiled, he can travel anywhere else he likes. Joe told him that he wouldn't have to look over his shoulder for the rest of his life if he is careful. For now, his greatest desire is to find the woman he has seen in the spyglass and start a new life with her. This book covers the next eight weeks of his transforming ability, the day-to-day as he searches for Danielle and takes the necessary steps to settle into a new life in a new country as James confirms his new identity. Things seem to progress normally until he meets Danny and faces Nate Potter, the man who has terrorized her for the last six years. Can he finally find happiness and have the family he has always wanted? Or will Nate make good on his threats that "if he can't have Danny, no one will."