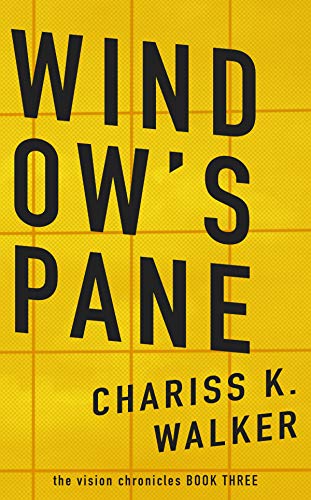 about this book: Window’s Pane is the third book in the series. James Lewis has fully established his identity with a new home and a new bride. He and Danny are immensely happy and deeply in love. James sees the future visions of the birth of their twins, but not wanting to use his gift like a crystal ball, he decides to let Danny discover her pregnancy on her own. James has determined that he will only use his ability to warn others of impending danger or disastrous events. He sees a happy future unfold when he looks into the window’s pane, including the birth of the twins and their growth into full adulthood. Oddly enough, he never sees danger until it is imminent and he must take immediate action to protect his family and friends. Because the company and Nate Potter are still a threat, he trains the women in his family to defend themselves using all the techniques he learned from Sensei Fukui and Sensei Wakahisa. But word gets out and soon Danny’s employees are joining his training sessions in the dojo that Sands has built for that purpose.

In the meantime, James is also dealing with the aftermath of his imprisonment. He has nightmares of Casey and the coffin cell. Danny fears that she has lost the real James and encourages him to seek therapy. During the therapy sessions with Dr. Valerie Parker, James senses that she has painful memories from her own past that need to be released. He has compassion for the therapist and teaches her one of the techniques that Nelson taught him. Dr. Parker researches the method and her search ‘pings’ a San Francisco website that immediately leads the company back to James. And the threat of his abduction begins again.