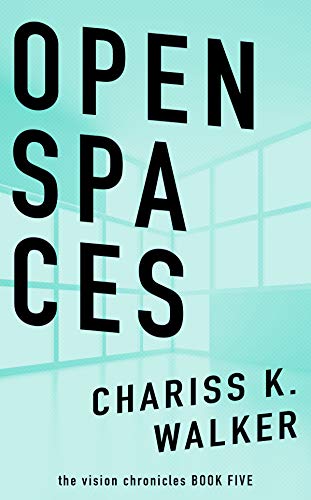 about this book: Open Spaces is the fifth book in this paranormal thriller series that features James Lewis and his ever-changing ability. Now, he sees visions of the future in the open spaces surrounding an object, but as he looks into the spaces around an object he sees himself watching the future. It is beautiful and terrifying at the same time because as he watches images of his life with Danny and his family, it feels like the floor has dropped out from beneath him. Viewing the future in this way is disorienting and he loses time. It feels like only a few moments, but in reality he has been gone for hours. Danny fears that he won't be able to find his way back to her. He has to risk it though because Nate Potter is still a threat and so is the company that has tracked him for many years. The Rodante Group has recently sent more men but James can't discover how many more are out there waiting for an opportunity to abduct him or harm his family.