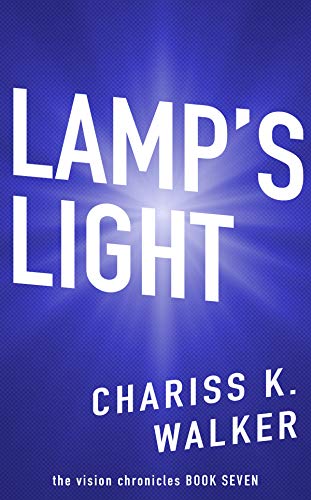 about this book: Lamp's Light is the seventh book in this thriller series and things really heat up with Nate Potter threatening to hurt Danny and the twins in the most horrible of ways. James now sees visions of the future through the lamp's light splayed out across the floor, but to use this method he has to jump into the light and then find himself viewing a future scene. It takes a lot of time and Danny needs him more than ever to help care for the newborn twins. They agree he has to take the time to look at the future though because Nate Potter has escaped from prison. It takes a full six hours, but James finally discovers that Nate plans to attack the manor with several armed men. Equipped with that knowledge, James begins to train Sands, Patty, and Danny in earnest to defend the manor even if Nate cuts the power during his attack.

In the meantime, Kathleen is now seven months old and Sands has hired a live-in nanny to watch the baby girl and become the future nanny for the twins. Their family continues to grow and so does the participation in the training sessions at the dojo. The students encourage James to open a public dojo in Las Cruces and give back to the community, but James knows that until the head of the Rodante Group is stopped that he can't have a public life. It was Mike that trained with both Senseis, not James, and he is determined to keep his true identity secret and his family safe.