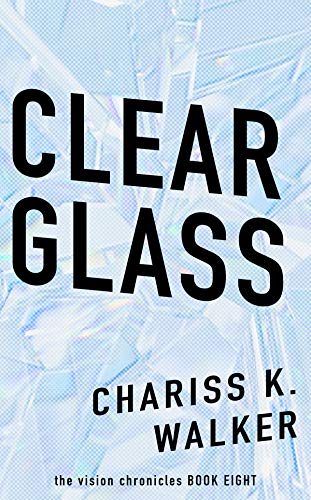 about this book: Clear Glass is the final book in this thriller series. As it opens, James has been shot by Nate Potter during the attack at the manor. James had heard three last gunshots before the blackness engulfed him and he feared the worst -- that Nate shot Danny, Sands, and Jesse who were putting up a helluva fight to defend the manor and keep the nursery safe from the intruders. James looks down at his body lying there broken and lifeless. He realizes that Nate is going to fire the gun again, but he can't lift a finger or utter a word of warning. He is bleeding out on the breakfast room floor and he sees that Danny is beside him, begging him to hold on, but he also believes that his life is over. James fights to stay with his parents in a peaceful place, but the life-saving heroics of the paramedics bring him back again and again to the pain-filled body in the ambulance. He doesn't want to come back to the lifeless body he saw on the floor or to a life without Danny if Nate shot her too. His mother tells him it is "isn't time" and he returns to awaken in ICU where he sees visions of the past in the clear glass that surrounds his room. He watches the clear glass visions and learns how Nate breached the guardhouse at the manor, the entire assault, and the outcome of his surgery. It finally made sense. James looks up to see Danny waiting to visit him; his heart is filled with love and he is ashamed that he fought so hard to leave her and the twins.

See how the story ends in this final book that details this amazing man's mystic ability. Does he get to live his life in peace with his family? Is the threat from the company and Nate Potter finally over?