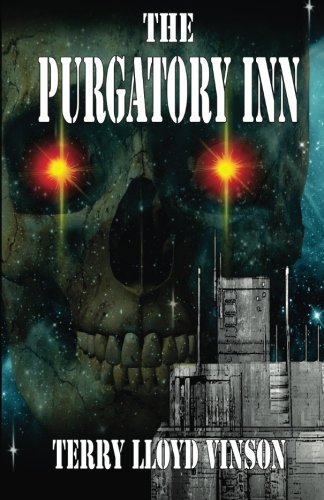 about this book: It's an age-old question: Exactly how much pain and suffering can we as a species endure in order to survive? As with many aspects of life as we know it as the planet's self-proclaimed dominant entity, it's logical to assume the answer depends on the individual being pushed to such extremes.

In the case of the particular set of unfortunate individuals showcased for said testing in the mystery/suspense thriller, 'THE PURGATORY INN', several outlining factors come into play--hatred and revenge representing the main gist--as only one is fated to emerge to live another day past the six-month torture session each is forced to withstand.

Abducted by a ruthless crime boss in the name of personal retribution and imprisoned with the dark, stony confines of a long-deserted missile silo, each is offered an ultimatum that, on the surface, seems to indicate certain failure and thus, an inevitable meet and greet with their own mortality.

Terry Lloyd Vinson's chilling character study 'THE PURGATORY INN' uses as a template many of the more miraculous entries into the legendary canon of such tales involving individuals of such stout inner fortitude—perhaps shaped in personal faith or simply a psyche forged of pure iron—that the chances of escaping the reaper's sharp-edged scythe improve by default.

We as living creatures possess a secret, internal gear that is only allowed to reveal itself, 'kick in' if you will, when a choice has to made, usually so abruptly it leaves little time for logical decision-making but relies solely on instinct; the instinct to survive to greet another dawn, no matter the cost.

I came up with the idea of 'THE PURGATORY INN' upon completing a lengthy conversation one lazy Saturday afternoon with my wife and a group of friends over grilled steaks and cold brews, the subject of said jawing session being man's will to survive in the most desperate of situations and amid the most desolate of locales (there had been a recent, well-publicized event wherein a married couple in the Great Northwest had been trapped in their car for over two weeks, the victim of a massive blizzard that had forced their vehicle into a ditch along a nearly deserted stretch of roadway). I began with this as a theme, then added the element of extreme weight loss and oppositely, gain (a'la the many weight-loss themed TV reality shows such as 'Born Loser').

The end product, I believe, provides a fascinating case study in extremes and reveals if it indeed possible for one to change his or her 'spots', so to speak, in the face of near-impossible odds.