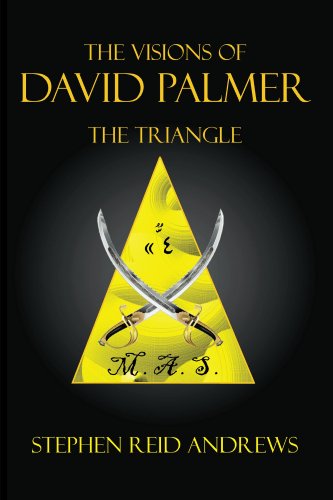 Book: The Visions of David Palmer - The Triangle by Stephen Reid Andrews

about this book: David thought he was an average college student, and he was. At least, he was until a tragic event changed his life forever. A victim of a mass shooting in a Chicago mall, David miraculously survives a mortal wound and the ten-month long coma that follows only to awake to find that his wife of only a year has been killed and that his injury has left him with a severe epileptic disability.

As a result of his experience, David resigns himself to an existence of depressed solitude until one day, during an epileptic episode, he has a dream that vaults him back to activity. As a result of his dream, David realizes that, with his epileptic disability he has also obtained an extraordinary gift. With each of David's seizures, he has dreams and not just any dreams – he has visions of the future. Inexplicably, the visions seem focused on propelling him to pursue a domestic terrorist organization designated as the Triangle, but David will ultimately discover that the visions are much more than an instrument of vengeance.

Join David as he assembles an unlikely group of allies and attempts to seek retribution against those who killed his wife while at the same time attempting to avoid those who are attempting to kill him. Accompany David as he learns to love again in an adventure that will make you laugh, will make you cry, and will leave you wanting more adventures from this accidental hero.

"The Triangle" is the first novel in "The Visions of David Palmer Series," a series that will span a total of five volumes. Though the series is categorized as a young adult novel, "The Triangle" is a novel that is sure to excite, entertain, and fascinate readers of all ages.

"The Triangle" is dedicated to all who believe they are only average. Let it be known that there is greatness within all of us, and each of us should strive to fulfill our dreams.