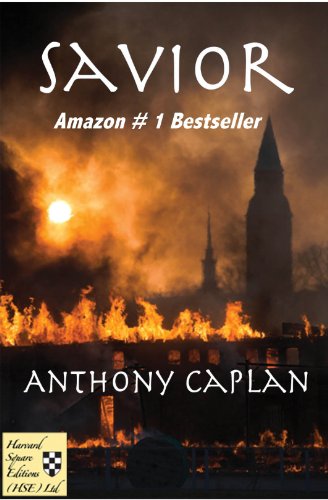 about this book: Al and Ricky, father and son, plan a surfing getaway in Guatemala, the perfect place to bond and reconnect after the death of Mary, the woman who held their lives together. But the Santos Muertos are taking over Guatemala, and when the gang discovers that Ricky has the Chocomal, the Mayan tablet which carries the secret code they need to take over the world with their fearsome Resonator, all hell breaks loose.

An unwilling hero, all-American teenager Ricky must find and rescue his father and in the process save us all from utter destruction. Will he learn how to be a real man along the way?

Ricky's journey takes him across an America rife with dysfunction and unspoken terrors, evading the US military, methamphetamine dealing motorcycle gangs and marijuana growing hippie communes until he finds the Santos Muertos in their underground compound, where Al has managed to stay alive. The Santos Muertos are not just any old criminal gang, however. Followers of the goddess Santa Muerte, they are modeled on the cult of the same name which exists today in parts of northern Mexico and the southwestern US, and they fully intend to sacrifice father and son in a ritualistic reenactment of ancient Mesoamerican religious practices, before starting the Resonator's cataclysmic horror.