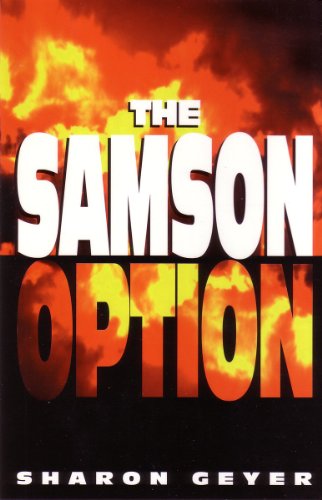 about this book: The Samson Option is the first novel in a series based on the premise of a baby boy born during the Six Day War in Israel who is abandoned at birth and later raised on a kibbutz. Due to the peculiar circumstances of his birth, and a lion-shaped scar on his cheek, a group called the Mahdi Brotherhood believe this boy child is the long awaited Hidden Imam, the Mahdi. After Ari grows up and serves in the IDF the Mahdi Brotherhood kidnaps him and take him to a tekkiyah in Damascus. He must face the facts of his true identity and decide whose side he is on. On this journey of discovery, Ari meets his future wife Lily, an American born Jew who can communicate with the archangel Michael. Together they find their way through dangerous paths, with the help of the Mossad, and meet two Messianic Jews in the north of Israel.

My background includes six years in Iran and twelve years in Israel. I worked in a Baby Home in Jerusalem and took a special interest in one child who had a beginning much like my protagonist Ari Ben Chaim. I have written three novels based on the life of this special boy and I am in the process of writing the fourth and last book in the series.