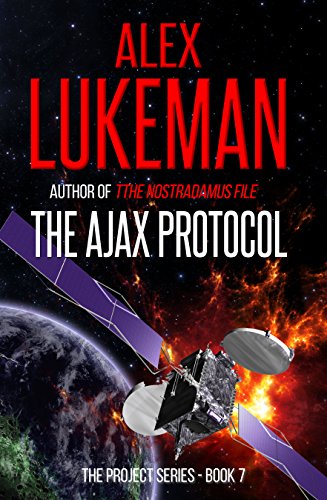 Book: The Ajax Protocol (The Project) by Alex Dain

about this book: The Ajax Protocol is Book Seven in an ongoing series about a covert intelligence unit called the PROJECT that reports only to the President and gets in a lot of difficult situations. There is an ongoing cast of characters, centering on the relationship between team leader Nick Carter, his lover Selena Connor and the other members of the PROJECT team. Each book stands on its own.

Writing The Ajax Protocol was disturbing because of what I discovered while researching the story. The book is about a conspiracy to turn the US into a totalitarian police state. What was disturbing was that all of the laws necessary to accomplish that are already in place.

The book takes the reader all over the globe. I used existing weapons systems and history to create a new device used by my villains which may not be far from the truth. In other words, this book will make you wonder if it could happen.

What disturbs me is that it could.

• "This book was every bit as intriguing as the others in this series. I wonder just how close we have come to this scenario."
• "...well written, great characters that keep developing, a fast paced plot, good subplots, descriptive settings..."