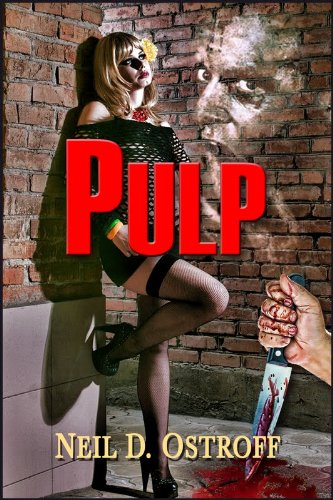 about this book: I knew I shouldn't have answered my cell phone. One thing I've learned over the years is when someone calls between the hours of 3:00 a.m. and 5:00 a.m. it can only mean two things. First, the person at the dialing end is on a ravenous hunt for drugs (presuming you have a reputation for acquiring the stuff, which I don't). Or second; there's trouble, big trouble, and you're going to play a part in resolving it.

A clairvoyant prostitute, a psychotic soldier, a broke newspaper writer, and a dismembered body; what could go wrong?

Struggling thriller writer Kevin Turner just received a panicked call from his ex-girlfriend Tina, a self-proclaimed clairvoyant prostitute. One of her clients, the mayor's married son, died in her bed and she needs Kevin's help to dispose of the body. As if Kevin doesn't have enough problems. His current girlfriend is the spouse of the gay woman who signs his meager paycheck, his sixth credit card has hit its limit, he received word that his eight-month wait for his second advance check was being withheld by Gotham Publishing until he made the absurd changes in his manuscript that they wanted, and he just discovered his recently deceased father, who Tina claims she's in contact with, owes ten grand from an internet gambling debt, which Kevin would now have to figure a way to pay. When Kevin discovers Tina's psychotic brother has chopped up the body, and the police are finding the pieces spread across the suburbs, it sets off a chain of events more bizarre and horrifying than the plot of one of Kevin's own novels.

Other books by Neil Ostroff (more)