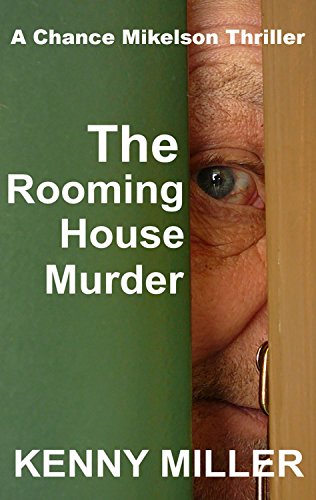 Book: The Rooming House Murder (The Story of Chance) by Kenny Miller

about this book: The Rooming House Murder is the second book in Kenny Miller's The Story of Chance series. It's the sequel to Kenny's action-adventure book, The Co-pilot.

Chance Mikelson is home. He is back in Lincoln, Nebraska after a devastating trip to Africa. His dream of becoming an airline pilot is shattered. Now, it's time for Chance to pick up the pieces and move on.

He does have a place to stay. Chance made arrangements to rent a room in a local rooming house. His life is now on a week-to-week basis. That life will be good enough for Chance right now. All he needs is a warm safe place to sleep while he struggles to get back on his feet.

What is behind the doors of this rooming house? What did Chance move into? If you like a story that takes you to a place you have never been before, this is it.

See what the bottom is like and watch as the hero of Co-pilot makes his way back from nothing to end up right in the middle of something no one ever expected.