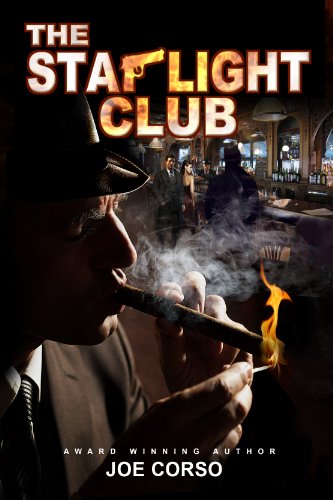 about this book: The Starlight Club won the silver in the 2012 eLit book contest in the True Crime category. It was given a 5 star rating and won honorable mention in the prestigious Readers Favorite contest in the Fiction - Historical category. You might ask yourself how can a book win a contest in both fiction and true crime categories. I can explain it by saying that the story is fictitious with parts of it that were real - or the story was real with parts that were fictitious. Most of the characters were real and parts of the story were true. I liked the characters so I created a story and wove it into the tapestry of certain historical events that occurred during the 60's such as the Gallo/Profaci gang war that took place during those years. My intent was to create a story similar to the Godfather or Goodfellas inasmuch as there were good bad guys and really bad guys - and based on the reviews the book is getting I would like to think that I succeeded.

I recently completed a Starlight Club interview with Kathryn Svendsen who writes a blog on her site "Shelf Full of Books" which will be posted on that site later this month. I took the liberty to post the review on my website's trivia page. For those who care to learn more about the origins of my book please visit www.corsobooks.com. The story is told by an old man to his daughter about the famous and infamous people, who frequented the famous Starlight Club in the early 60's.

(The Starlight Club in the book was modeled after a real bar located at the address mentioned in the book. There was a social club on the next street called The Starlight Club. I always liked that name and it inspired me to create a story around a club with that same name.)