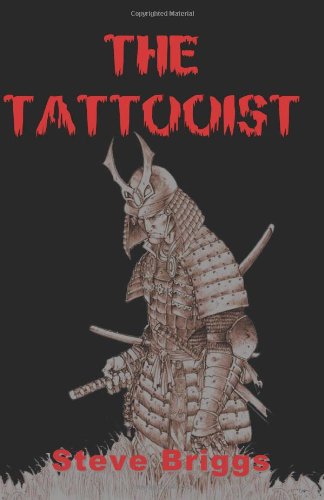 Book: The Tattooist by Steve Briggs

about this book: Devastated by finding his beloved wife, and daughter brutally raped and murdered in their own home; Paul seeks revenge. Frustrated by the Police's lack of evidence, and failure to bring those responsible to justice; he embarks on a quest to bring his own form of punishment. Paul enlists the help of his old Japanese mentor, Tebori master Mikao. Armed with Mikao's knowledge, and ancient Japanese teachings, Paul returns home. By using these methods coupled with specially formulated tattooist ink; he brings about the most horrific demise, of all known criminals, who dare enter his studio. After being tattooed, Paul wakes up his Tebori samurai army, to unleash, the most severe and painful revenge on the unsuspecting gang members. He succeeds in dispatching these criminals in his studio. Along the way he has to use his creations to dispatch his oldest friend, who is on his way to inform the police about Paul's plan.

Paul takes a final stand in his studio, along with the two criminals who murdered his wife and daughter. He also decides to dispatch Dog an undercover police officer, who tricked Paul by befriending him. He too finds a grizzly end at the hands of Paul's tebori army.