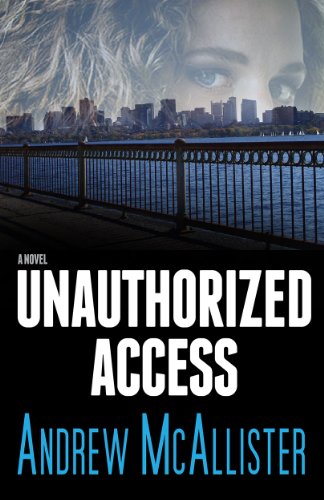 about this book: The idea for this book came to me one day while I was listening to an interview on public radio with an Internet security expert. "Can you imagine what would happen," he said, "if someone managed to take down the systems at a bank?" His remark got me imagining exactly that scenario ... and it would be total chaos!

You'd have customers worried they were going to lose their money and flocking to the branches in droves. Banking industry regulators would descend like a pack of hyenas, driven to determine the future viability of the bank. The local and national press would scream the news and dig hard for insider details. Most importantly from the point of view of writing an effective fictional account, the people at the center of the storm would endure all sorts of stress and conflict. They would have to scramble like crazy to find any kind of path out of the darkness.

And it would be even worse if the whole mess were driven by someone's hidden agenda.

Unauthorized Access tells the story of Rob Donovan and Lesley McGrath, a young computer programmer and reporter in Boston who are deeply in love ... until Rob is deeply in trouble with the FBI over his apparent role in the first successful cyberattack in American banking history. Their faith in each other is pushed to extreme limits as they search for the surprising real reason behind the attack.