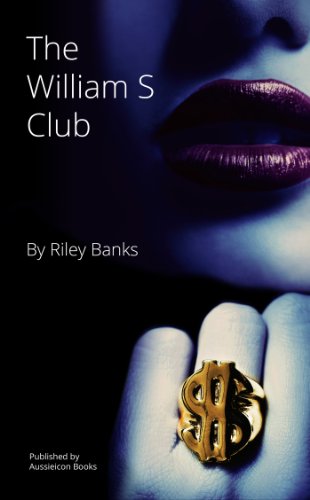 about this book: The William S Club started from wishful thinking. I was reading an article on property prices and how much they've increased in the last 50 years. It got me wishing that we had brought more property back when it was cheaper. One thing led to another and I came up with the character, William Sydney Harvey, who did just that. William bought up big while property prices were at an all time low, buying his first property during the bombing of London in WWII. Fast forward fifty years and William now heads up the Harvey Corporation, the world's richest, family-owned company. Together with his two namesakes, his son Bill and grandson BJ, they are part of what has been dubbed The William S Club by those excluded from its hallowed halls.

But what if there was something dishonest in the way they became rich? What if the one person who knew their secret was out of jail and had the power to end their reign? How far would The William S Club go to protect their secret? And just what is their interest in Charlotte Burke, an investigative journalist with The Daily Telegraph?

I experienced a glimpse into this elite world whilst living as an expatriate in the Middle East - a life filled with private planes, million dollar mansions, servants, wild parties and exotic holidays. What I didn't know from personal experience, I researched online.

Rather than me trying to tell you the book is good, I'll let my readers tell you:

• "This well-written book is filled with mystery, suspense, and evil scoundrels, all elements that make a very exciting read."

• "For a debut novel, Riley Banks cranked out a good one."

• "The William S Club is a suspenseful thriller with a great mystery all surrounded by enough romance, sex and action to wrap this book up as one of the better ones I have read this year."

• "I was hooked from page one! It is an exciting book and once started it's difficult to put down, a definite one to read."

• "A highly accomplished written style, complete commitment to the subject matter and an intertwining plot structure that is as precise and well crafted as the mechanics of a Swiss watch (probably a Patek Phillipe Sky Moon Tourbillon). The end result is a highly readable page turner, with great pace, lots of action which comes together in a polished and gutsy way."