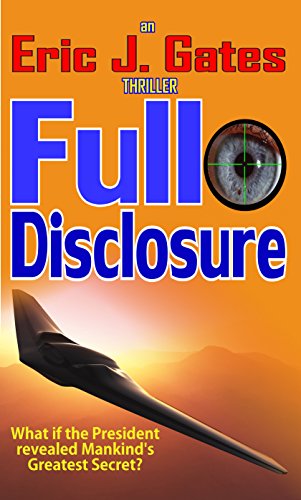 about this book: While dark forces stop at nothing to prevent the US President from revealing Mankind's greatest secret, a small, decrepit Texan town becomes the centre of a covert war as a deadly assassin and a government agent team up with the local law enforcer against rogue factions of the military and a major drugs cartel.

This thriller is the result of extensive research into one of our modern mysteries and how its resolution would be received by the public after so many decades of official denial.

Curiously, the hardest part of the novel to write was the President's Disclosure speech. This is crucial to the storyline and needed to sound and flow just right - not an easy task for a British-born author. I had to study many, many hours of discourses by past and current US Presidents in order to identify the tone I needed to make that scene believable.

The novel has already received several 5 Star reviews on Amazon and has been selected as a Book of the Month by a thriller recommendation site.