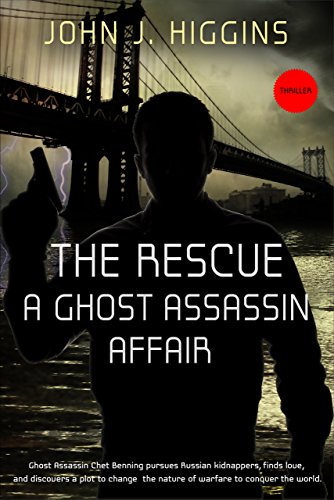 about this book: An assassin, Chet Benning, a member of a secret society known as Ghosts, follows up on a tip and tries to prevent the kidnapping of a scientist's twin daughters. He walks into a trap and discovers a complex Russian plot to change the way wars are fought. The twins have been targeted to force their scientist father to finish his project. Benning chases the kidnappers and their associates through numerous countries and seduces the wife of one of the ringleaders. All the while the mother of the kidnapped twins tries to get her daughters back on the other end of the country as Russian Intelligence holds the children as leverage and threatening her as well. Can Benning thwart the plans of Russian Intelligence? Is his seduction of the Russian leader's wife more than just a fling? Will the twins' mother unite their family again? And most importantly will the world be saved from the impending threat?