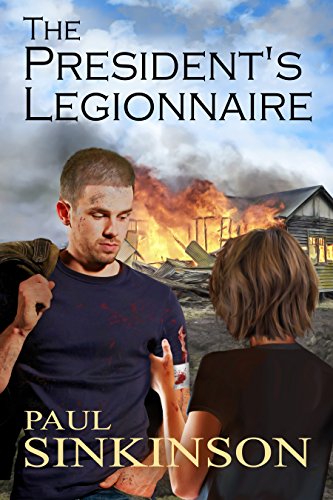 about this book: This fast paced novel follows a young soldier after he suffered the loss of his father in a failed assassination attempt on a political leader in 1964. His Military Seniors request him, together with others, to search out those behind the assassins and pursue them. This leads to confrontation with members of the CIA Black Operations and the Mafia who are being controlled by others with surprising and often emotional outcomes along the way.

Although not a sequel, I was inspired to write this my second novel following its success and also the encouragement from readers of my first, a WW2 story "The Frenchman's Daughters." The main characters are supported by some of those from the earlier book. I chose the Title for my novel from the main character the young soldier who, being of mixed nationality, lent himself to being a member of the French Foreign Legion.

My novel is aimed at offering an understanding to all adult readers on the underhand dealings and involvements of businessmen and past and present politicians in manipulating World events for financial gain or power following the Second World War, incorporating some fact within the fiction and the type of efforts of those who endeavoured to bring them to task.

Originally I chose a "Macho" Cover for the novel but later felt it needed changing to better reflect the emotions, passion as well as the action within. The enjoyable part of writing was that of exploring and seeing first hand the regions of France used in the storyline as I carried out the necessary research. The reader can join with me and follow the characters throughout their journey and feel more of a part of it by locating the listed place names via the various internet mapping and satellite images that are available.