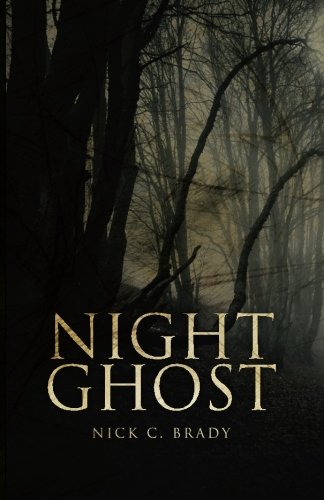 about this book: Night Ghost tells the riveting story of siblings Suellen and Andre, and their friends Slim and Brandon as they walk home from school one afternoon. On their way home, they have to walk by an abandoned cemetery that threatens all trespassers will be prosecuted to the fullest extent of the law. Later that evening Suellen, Slim, and Brandon learn of an urban legend ghost story regarding the old graveyard and seek out to disprove it. However, they run into a heap of trouble once they enter the forbidden gates of the cemetery. But little do they know that their problems only get worse when they realize the ominous curse may be coming to pass on them.

I have always had a wild imagination ever since childhood. And I have many more story ideas in my mind just waiting to be written. The idea for this story first came to me during my senior year in high school. But I didn't start officially writing it until years later. I felt it was a story that had much potential and readers would be intrigued by, but first had to be well structured to make it interesting.

What makes Night Ghost different and stand out from other books is the way the story is set up one way, but then played out in a completely different direction from what audiences will expect. From the title, the readers assume it's a ghost story. But as they begin to read, it becomes quite ambiguous and mysterious and they're unsure if it's really a ghost or not. Then as the plot unravels more, a sudden twist emerges and the truth behind 'Night Ghost' is revealed.