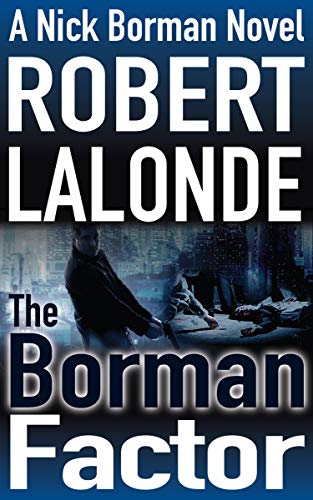 about this book: A member of the wealthy Piermont family is murdered in broad daylight in suburban Toronto. Authorities have no witnesses, no leads and no motive for the crime. Nick Borman, a specialist in corporate espionage is hired by the family to bring the killer to justice.

Borman follows a trail that runs through the depths of Toronto's criminal underworld all the way to the Mayor's office. Will Nick get the killer or will he become the next victim?

The Borman Factor is the first book in the Nick Borman Thriller series. If you like fast-paced novels like James Patterson and David Baldacci write, you will like The Borman Factor.

• "Cool Canadian Crime Thriller: Nick Borman delves into the murky world of Toronto big business to try and solve a murder mystery. The author adopts the style of Raymond Chandler, quickly and skillfully guiding the reader through the plot with snappy dialogue. Great read."

• "Nick Borman tackles political chicanery and high-level cover-ups as he tries to find the killer of a crime reporter. If you're looking for a fast-paced, high-energy thriller, this is a find."