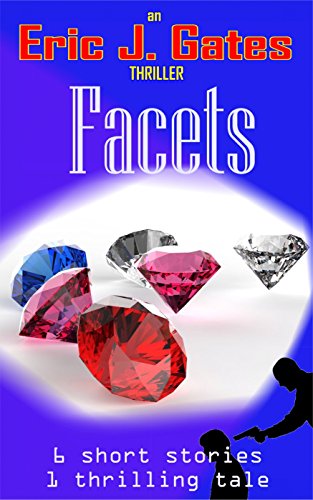 about this book: Six short thriller stories that combine to tell a tale of deceit and betrayal. Smith is a top-level operative for the British Secret Intelligence Service, MI6. His ambitions, however, are far more wide-ranging and he will stop at nothing in pursuit of them.

Simba Mtu, the Lion Man, is the most feared dealer in black market diamonds in the African continent. He is also a top player in trafficking intelligence to anyone who will pay him. He is one of Smith's most important assets and becomes crucial in furthering his plans. Despite the Lion Man's reputation, Smith is not above double crossing him if it suits his own agenda.

Each of the six tales is told from the viewpoint of a different character in the complex web that is Smith's life. In the first we learn how the Lion Man came to be who he is today, how he changes from being a young boy in the slums of Nairobi into a figure to be reckoned with by both criminals and intelligence agencies alike. We follow Smith on an operation to capture a notorious terrorist leader using information supplied by the Lion Man; a mission that does not go as planned. Smith's callous use of his fellow MI6 agents as he puts his plans into action is the subject of two further tales.

Finally the innocent victim of the spy's agenda seeks a desperate solution to her predicament. Can she find a way to gain her freedom? Help comes from an unexpected source.