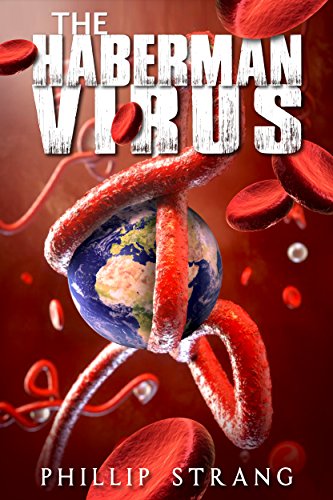 about this book: A remote and isolated village in the Hindu Kush mountain range in North Eastern Afghanistan is wiped out by a virus unlike any seen before.

A mysterious visitor checks his handiwork clad in a space suit, an American female doctor succumbs to the disease, and the woman sent to trap the person responsible, falls in love with the man that would be responsible for the death of millions.

Sam Haberman, a naturalised American citizen, Israeli-born Jew and a pre-eminent scientist in his country of adoption, is a brilliant virologist and geneticist. He is seen as moderate and charismatic, a successful ladies' man, acclaimed by his peers, but he shields a secret. He is neither moderate nor Jewish.

A mysterious Sheik has mentored Haberman after the death of his parents during an Israeli bombing at a cousin's wedding in the Gaza. It was he who had directed Haberman's move to America as a Jew. He had seen the hope that Samir Habash, the Israeli-born Muslim Arab, soon to become Sam Haberman, would provide the solution to the plight of the Palestinians.

Haberman realised the virus he had genetically enhanced, on the orders the American President, had given him the means to force the Israelis to redress the imbalance of the occupier and the occupied.

He had not forgiven the Jews, he hated them, and now he had the solution. Millions were doomed to die in the madness to ensue, and only Steve Case and his team could stop Haberman as he moved across three continents. In the end, there was only one person who could kill him – the woman he loved and who loved him.