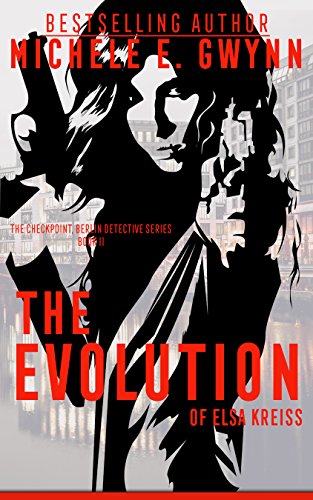 about this book: Book II in The Checkpoint, Berlin Detective Series, The Evolution of Elsa Kreiss, takes readers into the case of three missing girls from the Russian district of Charlottenburg in Berlin. Nearly three years have passed since Detective Joseph Heinz helped rescue a young boy from a sick pedophile in Amsterdam. Life grew peaceful, but now his peace is shattered as he gets sucked back into the darker side of detective work to consult on the missing girls' files reawakening the nightmare of a very personal, unsolved cold case that haunts him. Meanwhile, ex-dominatrix, and newly graduated patrol officer, Elsa Kreiss, lands on the radar of a sadistic Russian billionaire introduced to her by the handsome art buyer, Lukas Trommler, a man who has captured her jaded attention with his single-minded pursuit. After Elsa disappears, Det. Heinz has no choice but to take over the investigation, and try to save the young woman he has taken under his wing and mentored, and who has, somehow, become the daughter of his heart.