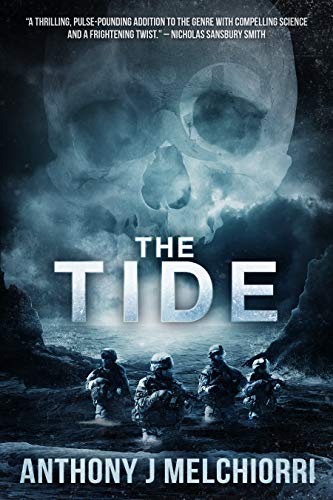 about this book: On an abandoned oil rig in the Atlantic, a new biological warfare threat emerges. Captain Dominic Holland is the captain of a covert ops ship specializing in biological and chemical weapon defense. When his CIA handler sends him to investigate the rig, what he finds there proves to be the most dangerous threat to mankind he's ever faced. In The Tide, we see the hard choices a captain must make in order to stop an engineered biological agent with the power to turn men into monsters. Cities and nations fall as the agent spreads. Can Dom and his team stop the outbreak--or is already too late?

This is a story I wrote based on scientific research I investigated in my day job as a bioengineer. I wanted to write something exciting, compelling, and full of scientific intrigue. I hope I've done my job and created a bio thriller of apocalyptic proportions with characters you can root for and a story you're glad isn't real.