about this book: Detour Paris is the first book in the Detour Paris series inspired by an actual mid-life dating experience. It is a unique and humorous romance thriller written by a man from a man's point-of-view but appeals equally to both men and women adults.

The story is about a middle-age man, divorced after a long term marriage that is now entering the single's life and the strange world of mid-life dating. Tucker Blue, our protagonist, who is bumped from a flight scheduled with his flight attendant girlfriend to Barcelona meets up with the beautiful Monica Reyes, a woman also bumped from the same flight. The two decide to take a roundabout detour to Barcelona via London, Paris and down through France by train for the explicit purpose of engaging in a rendezvous romantique. Having experienced a multitude of humorous starts and stops to engaging their temporary love affair their effort is rudely interrupted when a man crashes into their private train compartment at a very inconvenient moment and dies of a heart attack.

The interloper is in possession of a lottery ticket worth 120 million euros, which accidentally comes into the possession of our protagonist. However, the lottery ticket does not come freely as evil forces are in pursuit of the treasure and in turn, Tucker Blue and Monica Reyes, triggering a thrilling adventure into the two subsequent books of the series.

If you like a fast-paced, romantic thriller loaded with humorous interactions between man and women and their quest to understand the thinking of the other sex written in an easy fluid manner as if you're talking with your best friend, you will love the Detour Paris series.

This series took two years - off and on - to write. Everything cited in the books has been thoroughly researched (by me, the author) and represents real locations, many real events and in some cases characters named from actual historical personalities. The books provide enough detail that you could use them as travelogues for parts of the French & Spanish Pyrenees and barrios in Barcelona, Spain.

The title is a result of a character in the book referring to the rendezvous romantique of the two main characters as their, little "Detour Paris," because of the roundabout journey they took to reach their ultimate destination, Barcelona

In writing the book I learned a great deal about Barcelona and the other locales cited as well as many of their historical aspects because I spent a great deal of time researching detail and background. But I think the thing I learned most - or got confused the most depending on your point of view - is the relationship between the sexes, physical, emotional and rational; expectations and not, you name it. Much of this learning coming from my own life experiences being both married more than once and having spent several years of my mid-life adventure as a serial dater. I dated a lot of woman.

I would never claim to be an expert on the relationship of men and women - commonalties, differences, etc. - even with my vast experience. In fact, it's probably because of my vast experience that I usually find myself even more confused than ever. Just as soon as you think you've got it figured out, something occurs and you discover you know nothing. But, from one man's perspective at least, I will say that as far as women go - since men are pretty simple creatures - that is the mystery of the gender..

The reason I wrote this series was for the fun of writing and constructing a story that would first of all entertain the reader but also touch the various emotions. Most importantly I want the reader to laugh and to be able to laugh at many of those things that we, as friends, lovers and spouses, usually take so seriously. They are serious but to be worthy we must also find the humor in them too because that's what makes for a happy life. 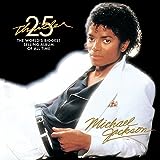