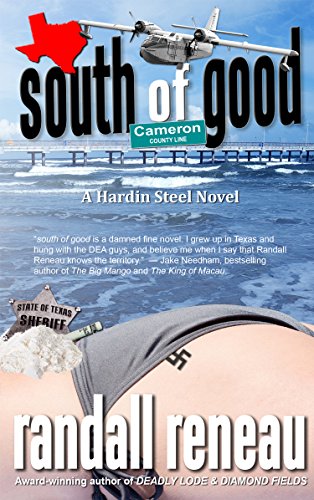 about this book: Forced out of the DEA after twenty years, Hardin Steel , Stainless to his close friends, has managed to get himself elected Sheriff of Cameron County, Texas. Twice divorced, with a bit of a drinking problem, he's now dating Rory Roughton, a fiery sixth-generation Texan who's as rich as she is beautiful—and hell-bent on keeping Steel on the straight and narrow. But then his best friend, Wes Stoddard, is nearly shot down flying in a load of pot, Rory is kidnapped by a Russian mercenary working for the most dangerous cartel in Mexico, and the Cuban Mafia decides they'd like the former DEA agent—dead.

Steel is forced to take unsanctioned, unconventional—and mostly illegal—action in order to save himself and those closest to him . . .

• "south of good is a five-star read that will be enjoyed by all crime story fans who like unique characters." — ReaderViews