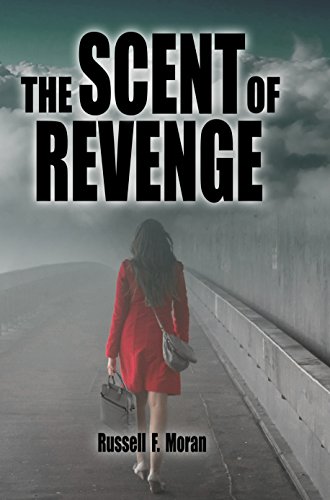 Book: The Scent of Revenge - Book Two of the Patterns Series by Russell F. Moran

about this book: Terror has taken on a new identity, a new low, a new depravity.

FBI Agent Rick Bellamy, the head of the FBI Counterterrorism Task Force, faces the strangest and the sickest terror operation he has ever seen. Along with his wife, Ellen, they find themselves in the middle of a sinister terror plot.

Someone is attacking young prominent women, inflicting a horrible disease. The women are coming down with premature dementia.

Rick Bellamy, along with his FBI team and a dedicated group of scientists want to go on offense. But how?

The numbers mount, the headlines scream, the attacks continue.

Will the lives of the women be changed forever? When will the attacks stop?

The Scent of Revenge is Book Two in The Patterns Series. It's the sequel to The Shadows of Terror.

• "Wonderful characters and just the right amount of action and suspense." — Amazon customer

• "The Scent of Revenge is such a great futuristic mystery." — Amazon customer