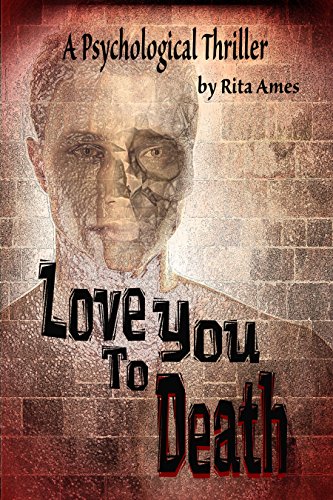 Book: Love You To Death - A Psychological Crime Thriller by Rita Ames

about this book: Is it possible to forgive/understand a serial killer if he loses his memory? Can insanity be banished by amnesia?

Carl Dawson is a humble Bank clerk with no girlfriend or any friends at all for that matter, something which he cannot understand. Who was he before his accident and why was he plagued with horrendous night terrors? The things he sees in his dreams are not real, or are they? What atrocities did he commit before his accident?

Only Susie Brown, the nurse whose face was the last thing he saw as blackness consumed him, can pull him back from the brink. As Carl loses control of his life, it all goes to hell. He is convinced that Susie is the key to having the future he longs for but will he love her to death?

Detective Ben Guyer, investigating the brutal murder of a young girl on the same night as Carl Dawson's accident, is closing in on what he believes is one of the most prolific serial killers he has ever seen.

As his investigations lead him closer to unmasking this evil killer he becomes more interested in Carl, worrying at his closeness to Susie who he is falling for.

Will the monster within Carl win the fight for dominance or will the man he wants to be save his soul? Will Susie get out of it alive?

Read this with the light on! as one reviewer put it. A gripping psychological thriller written in the first person. See through the eyes of a killer!