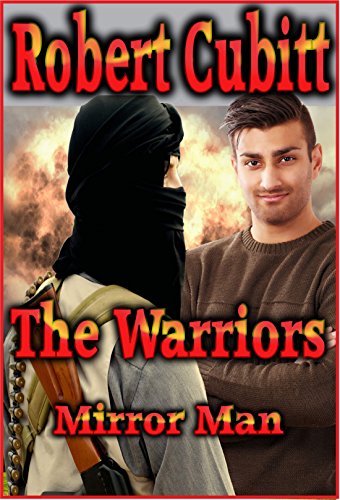 about this book: After typing "The End" at the conclusion of "The Warriors: The Girl I left Behind Me" I felt that the story was unfinished. That period of the character's lives may have finished, but they were still young, still idealistic and still had an awful lot to offer me as an author.

So I sat down to think about what might happen next. This is where it gets difficult. If You haven't read "The Warriors: The Girl I Left Behind Me" then I really don't want to give the ending away. So let me just say that one of the characters survives. Back In Britain he comes to the attention of MI5 and they realise that he may be of use to them, but they also know that he won't volunteer to help them, he will have to be coerced.

In the meantime terrorists have managed to smuggle some radioactive waste into Britain and are planning to use it to make a "dirty bomb". This is like an ordinary terrorist's bomb, but the radioactive waste means that it has the capability to kill people who aren't even close to the scene by poisoning them. If it works they will suffer a slow and painful death. The target is London.

So, MI5 send their new agent deep under cover to try to track down the radioactive waste and prevent it being used.

But inside MI5 all is not well. One of their operatives is a narcissistic and rather incompetent type who places the operation in jeopardy. not only that, there may be a leak from within the walls of Thames House, the headquarters of MI5. The terrorists only have to get lucky once. The security services have to get lucky every time if they are to prevent disaster.

Be afraid, London. Be very afraid.