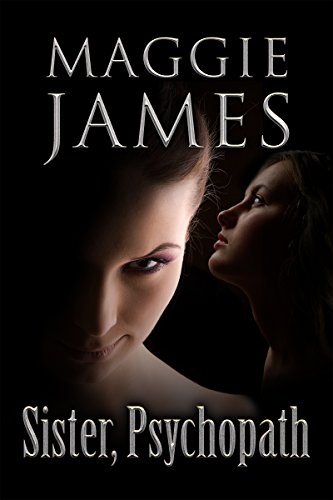 about this book: Sister, Psychopath examines the twisted relationship between two half-sisters, one of whom displays sociopathic tendencies. Difficult, manipulative Chloe runs rings around older sister Megan and their mentally unstable mother, Tilly. As Chloe escalates her bad behaviour, Megan struggles to cope as the safety of the man she loves is threatened. Along the way, long-buried secrets are uncovered, throwing her life into chaos.

I was inspired to write this book by a real-life case involving a psychotic woman who murders the wife of the man she loves, believing this will bring them together. I was intrigued by the story, especially the daughter who reported her mother to the police. These two became the basis for Tilly and Megan, although I took the story in a different direction from murder. Instead, I focused on Megan's twisted relationship with her sister Chloe, which over the years has changed from love to hate. Tilly's delusional behaviour does affect Megan, however, as she believes herself in love with her married boss. Under Chloe's malignant influence, Tilly's feelings for James Matthews assume dangerous depths, stirring up trouble for her eldest daughter...

Sister, Psychopath is a psychological suspense novel that examines the dark forces present in many of us.

Other books by Maggie James (more)