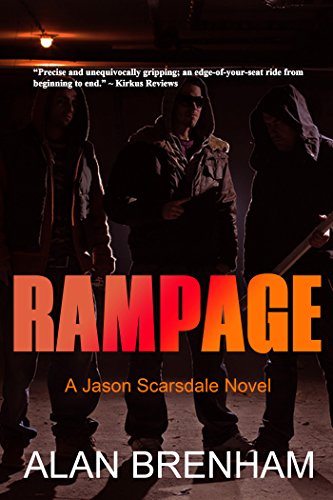 about this book: The primary readers of Rampage will be adults who are fans of such TV shows as CSI, Criminal Minds, and Murder in the First. If you ever wanted to know what it was like for a Texas detective to handle his job, a young daughter as a single parent, a gang hell-bent on killing him, and a love affair heading south, you have to read Rampage.

Best Thrillers.com says Rampage is an absolute gift to fans of the thriller genre.

Midwest Book Reviews says this about Rampage: "This Jason Scarsdale thriller sports...a promise of chaos and confrontation which doesn't disappoint. [It's] more than a cut above the ordinary, mirroring life's ebbs and flows...from personal relationships to professional challenges, murder and mayhem to complex resolutions."

Susan Keefe Book Reviews says Rampage is "Superb, another masterpiece from Alan Brenham. Despite the clues and evidence coming together, nothing will stick, the death toll is rising. If you like reading crime thrillers then you will love Rampage."