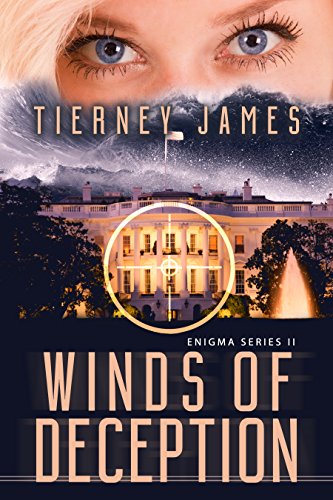 about this book: This is the second in the Enigma Series. When I decided to start this book it was a result of seeing a sign posted on a fence along a highway I traveled several times a week. The sign read, "REMEMBER THE USS LIBERTY." Of course I became curious and eventually got up the nerve to call the gentleman who owned the sign. Turned out he was the only Marine survivor on the USS Liberty in 1967 when the ship was attacked by one of our allies. His tale of conspiracy and deception was repeated in a History Channel documentary.

The title, Winds of Deception, comes from the twists and turns that has surrounded the attack. Because it is a work of fiction I threw in a hurricane to mix it up a bit. If you like geo-political conflict thrillers this one has it all. The really terrific part was that it launched from a true event. The research for the book involved a certain amount of reading first hand accounts, watching videos, interviews and personal contact with survivors. One of the things I learned was that sometimes the heroes that serve the interests of the United States are forgotten and ignored by Washington D.C.

If you'll take a look at the cover you'll notice it is a picture of the White House in the cross hairs of some kind of weapon. Dark clouds bellow up in the background to offer an ominous warning. Since the book involves an assassination attempt on the president it seemed fitting. It's hard to imagine the greed and self serving interests of elected officials. If you watch the news on any given day you'll realize that one of my characters is a combination of a number of men who get in trouble with the law.

Even if reading thrillers are not your usual genre of choice I think you'll find something of interest in the Enigma Series. It was my hope to bring you a characters like Tessa Scott and Captain Hunter, to show that there are people just like us who really are the most unlikely of heroes. Deep inside all of us beats a heart of a hero.