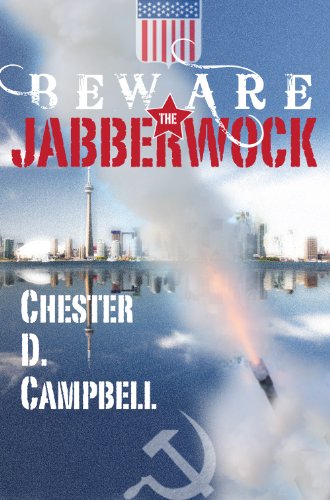 about this book: It's the fall of 1991, the Cold War is making its last gasp and the Soviet Union is falling apart. KGB agents and their CIA counterparts face a bleak future with intelligence budgets on the chopping block. Reactionary elements on both sides of the Iron Curtain join in a plot to hold onto power. When telephone intercepts point to an operation called Jabberwock, veteran CIA officer Cameron Quinn is assigned to find its meaning. With his superiors doubting its importance, he sees it as a test of his rehabilitation from a drinking problem. He recruits Burke Hill, a former FBI agent he had worked with years ago, to assist in the investigation. Hill faces an image problem of his own, having been dismissed by J. Edgar Hoover after failing in an assignment to penetrate the Mafia. Things go downhill as the action moves to Tel Aviv, Hong Kong, and back to the States. It's a race against the clock as Jabberwock counts down to D-Day.

The title, of course, comes from a nonsense poem in Lewis Carroll's Through the Looking Glass, and What Alice Found There. The main character, Burke Hill, is modeled after an ex-FBI agent who told me the strange story of his recruitment for a project to infiltrate the Mafia in Las Vegas and its destructive aftermath. This is the first of a trilogy of Post Cold War thrillers featuring Hill and Lorelei Quinn, Cameron Quinn's daughter.