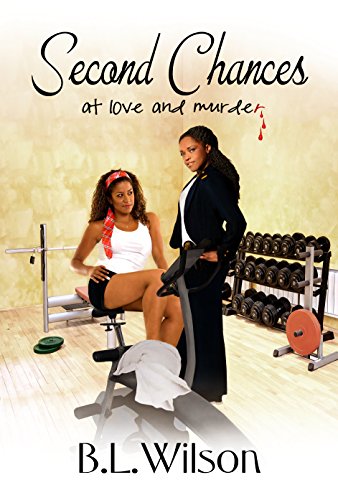 about this book: I have often wondered about comas. What happens to your body when you're in one? What would make you come out of one? How do you once you're no longer in one? Do you remember what put you in a coma? How much would you remember if a violent assault put you in a comatose state? Would you want to remember the assault or the person who assaulted you? If you did remember anything about the assault, how much would you remember and how accurate would your memories be? Would your memories of the assault be complete enough to pursue the case for attempted murder the police want to handle? It's these nagging questions that my novel tries to answer.

In the sensual thriller Second Chances, at love and murder, a woman regains consciousness from a fifteen-month coma. She has a second chance at life while her killer has a second chance to murder her. Will the woman's assailant finally succeed in killing her before the cop, who reopens the cold case, can prevent the murder?

Lieutenant Gwen Weston "meets" playgirl, Dr. Angela Bennett, when she investigates an attempted murder on the doctor's life. Fifteen months before, a brutal assailant left Dr. Bennett to die on an isolated stretch of Harlem River Drive in New York City. The beating put her in a coma and Gwen was as surprised as everyone else that the woman could survive the extensive loss of blood and physical trauma.

After her investigation reveals no suspects, Gwen closes the doctor's case but maintains a monthly vigil at the coma clinic. When Angela regains consciousness and begins rebuilding her wounded body and chaotic personal life, Gwen reopens the case. Then one of Gwen's officers dies in a shootout. Angela becomes Gwen's confidant, and providing comfort becomes the pretext for the two women to draw even closer into the whirlwind.

Video: Second Chances - ...at love or murder? by B.L. Wilson